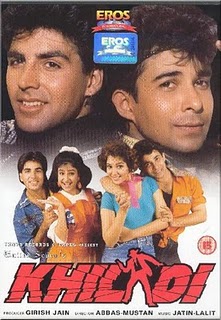 Damon waynes jr. is a great actor….. many laughs, as to be expected in these films. it’s a corney joke movie so please don’t go and exspect a serious story line…. it was meant for laughs so crack a smile, and lossen up the tight but cheeks…. not for the conservetive easily offened types

In the weeks leading up to the 2008 presidential election, Chelsea an ultra high-end Manhattan call girl who offers more than sex to her clients, but companionship and conversation — “the girlfriend experience.” Chelsea thinks she has her life totally under control — she feels her future is secure because she runs her own business her own way, makes $2000 an hour, and has a devoted boyfriend who accepts her lifestyle. But when you’re in the business of meeting people, you never know who you’re going to meet.

The film directed by McG is due out next year on May 22nd.

In the highly anticipated new installment of “The Terminator” film franchise, set in post-apocalyptic 2018, Christian Bale stars as John Connor, the man fated to lead the human resistance against Skynet and its army of Terminators. But the future Connor was raised to believe in is altered in part by the appearance of Marcus Wright (Sam Worthington), a stranger whose last memory is of being on death row. Connor must decide whether Marcus has been sent from the future, or rescued from the past. As Skynet prepares its final onslaught, Connor and Marcus both embark on an odyssey that takes them into the heart of Skynet’s operations, where they uncover the terrible secret behind the possible annihilation of mankind.

Angels & Demons introduces the character of Robert Langdon, professor of religious iconology and art history at Harvard University. As the novel begins, he’s awakened in the middle of the night by a phone call from Maximilian Kohler, the director of CERN, the world’s largest scientific research facility in Geneva, Switzerland. One of their top physicists had been murdered, with his chest branded with the word “Illuminati.” Since Langdon is an expert on the ancient secret society known as the Illuminati, he’s asked to help solve the murder. A high tech X-33 plane transports Langdon from Massachusetts to Switzerland in a little more than an hour.

The murder victim is Leonardo Vetra. Not only is he one of the world’s leading physicists, he’s a Catholic priest. He’s a priest who has adopted a daughter, Vittoria, who is also a scientist at CERN. This was the largest suspension of disbelief for me, a man who is a priest, a father, and a top physicist, but accepting it sets the rest of the story in motion. Vetra and his daughter were using the world’s largest particle accelerator to create antimatter, and then suspend the antimatter properly in canisters so that it doesn’t interact with matter. If a canister is removed from the electrical system which keeps the matter and antimatter separated, then backup batteries will serve the same purpose for 24 hours. When those 24 hours expire, the two will collide in an instantaneous explosion of unprecedented power.

Lenoardo Vetra created the antimatter to simulate the Big Bang. In his mind, this would show proof that God exists, being able to create new matter and antimatter in the same way God created the universe. Vetra’s murder, though, allows one of the canisters to be stolen. The question of who stole the canister and what they planned to do with it is soon answered. The canister is quickly found on a security camera in Vatican City, with its LEDs counting down the time until the batteries run out. The security camera, however, is nowhere to be found, leaving the canister’s whereabouts a mystery too. Langdon and Vittoria Petra are quickly sent off to Rome and Vatican City, to help find the canister and return it to CERN before it explodes at midnight.

Not only does the canister threaten to destroy Vatican City, but with the recent death of the Pope, the cardinals of the Catholic Church are all within the city for the conclave to choose the new pope. They are all about to be locked within the Sistine Chapel where, according to church law, they must remain until a new pope is chosen. They are awaiting the preferiti, the four cardinals from four different European countries who are the preferred candidates to become the new pope. While Langdon and Vittoria are trying to convince the captain of the Swiss Guard and the camerlengo, the Pope’s chamberlain who leads the church until the new pope is named, that the antimatter bomb is real, a phone call is received from a man who claims to be from the Illuminati. He has the four cardinals, which he will murder one by one, and then allow the bomb to destroy Vatican City, which houses not only the church hierarchy, but also its possessions and wealth. He has no demands; his only wish is the destruction of the Catholic Church in retribution for the church’s treatment of scientists and the Illuminati over the centuries.

Langdon and Vittoria Vetra are in a race against time. They dig through archives and ancient mysteries to find clues, which also requires an extensive background in art history and religious symbology. This makes Robert Langdon the expert tour guide through all this arcane knowledge with his congenial and scholarly fashion, doing his best to educate without seeming superior with his own intelligence. Much like The Da Vinci Code, Langdon understands enough about each mystery to go in search of the missing pieces necessary to solve each puzzle, which leads him to the next one. Vittoria is beautiful, tough, intelligent, and determined to avenge her father’s murder and keep the canister from exploding. The two of them are constantly one step behind the Illuminati, and once it’s clear that the Swiss Guard and Vatican City have been penetrated by the ancient society, they don’t know whom to trust. This leads them through churches, fountains, crypts, forgotten passages, secret passages, and catacombs. Death stalks them at every turn, in one form or another.

So it’s time for the comparisons of Angels & Demons and The Da Vinci Code. In some ways, Angels & Demons has a more suspenseful storyline with the antimatter bomb and the race to prevent the destruction of Vatican City. Both share a hired assassin, a tough and beautiful woman as Langdon’s sidekick who’s mourning the murder of a loved one, and mysteries that require extensive knowledge of art history, religious symbology, and secret societies. Robert Langdon is a protagonist that you can’t dislike in any way, with just enough vulnerability to go along with his intelligence and right amount of charm. Angels & Demons is a looser story. It takes longer to get going, each new puzzle takes longer to solve, and too much character background is given for too many characters. While Dan Brown’s writing style will never be called literary, he’s obviously matured as a writer between the two books. The chapters in The Da Vinci Code are shorter, tighter, and the suspense is never allowed to wane.

While some judicious editing might have made it a tighter and more focused novel, Angels & Demons is still a highly enjoyable read. For those who love plot-driven novels, and for those who love thrillers and mysteries full of strange bits of information that tie everything together, grab a copy of Angels & Demons and find a comfortable chair. It’s time well spent.